In the era of the NCAA’s transfer portal and high-profile athletes moving almost ‘at-will’ from one college program to another, has the change impacted the mind-set of players and their families at the high school level? If so, are local coaches comfortable with the current Georgia High School Association rules and enforcement?

It was noted that athletes transferring from one program to another has never been more high profile, but Hines was quick to point out his belief that the transfer rules GHSA has in place are “the best in the country.”

GHSA consists of more than 460 schools and individual scenarios across a large geographical state can be difficult to monitor. That is why GHSA, which consists of only 14 people (half as directors of sports and half as administrative assistants) relies heavily on the self-policing of its member schools. At the local level, how do coaches in Bartow County perceive the organization’s ability and effort to manage this often high-profile issue?

“Twenty years ago I don’t know that the GHSA did as good a job of policing things, but recently I think there’s far more of a spotlight on the issue,” said Cass boys basketball coach Sean Glaze. “That said, the issue is less about the GHSA and more about kids and parents who — with good intention or not — are trying to take an easier road to success by riding on the coat tails of other talent. If parents want something different for their child, they have a right to make a legitimate move to something they feel is better. I just believe our job as coaches is to do the best we can to teach skills, responsibility, toughness, teamwork, and character every day in a competitive and encouraging culture. If we do that, then the parents and kids who appreciate those efforts and values will be there.”

“I believe GHSA is working to protect all stakeholders,” noted Foster. “The issue of transfers is fluid, and I appreciate the fact that the GHSA is researching, gathering information from other states, and reevaluating current policies to make the best decisions possible.”

“I think it’s about as adequate as we’re going to get,” added Adairsville High baseball coach Billy Roper. “We can’t control how players and parents think and react in our programs.”

Canes’ basketball coach Mike Tobin shared that sentiment. “The GHSA has adequate rules in place,” said Tobin. “Unfortunately there will always be people who try to circumvent the rules. The current rules are clear for eligibility.”

Legislating the movements of people in the current sports landscape can be like “herding cats.” According to the latest information published by the U.S. Census Bureau, roughly 40 million families move each year. That’s approximately 14 percent of the population. While people move for a variety of reasons — housing, jobs, and other family reasons — about 62 percent move to a different location within the same county. In more densely populated areas, that makes management of transfers even more difficult. Transfers have always created noise for programs and fan bases who struggle with accepting the changes. The moves are even more frustrating when they directly impact your own program. “Any time a family chooses to leave your program it can be disappointing,” said Foster. “Our focus, however, is to work with the people that desire to be (with us) and place the standard of excellence in the program above any personal desires or agendas.” Roper concurred, “When players move away it can be disappointing. I’d like to think everyone would like to play in my program. When someone chooses to leave, it leaves a bitter taste in my mouth. If it’s a legitimate move I’m okay with it, I would just like to see a stronger penalty for those caught transferring without legitimate reasons.” 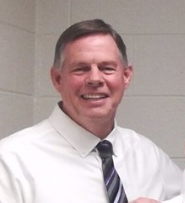 “I’ve had it go both ways over the years,” explained Tobin. “Several years ago I had a family purposefully lie about their place of residence. Fortunately, through our investigation, we were able to determine that the family was being dishonest and we did not have to forfeit any games due to one family’s dishonesty. I’ve had several players transfer out and several to transfer in my programs over the years (at both Woodland and Cartersville). The GHSA’s “bona fide move” policy is good. We didn’t hear complaints at Woodland when students transferred in for the outstanding performing arts school. Students should be able to attend schools that will help improve their academic and athletic skills as long as they adhere to all the existing eligibility rules.” According to GHSA bylaws, players are immediately eligible after a transfer if they make a bona fide move and prove it. There also cannot be any evidence of undue influence from the receiving school. Coaches, players, boosters, fan-bases, or anyone connected in any way with the program cannot influence the athlete or his/her family via texts, calls, social media messages, or in-person persuasion. Hines noted in the AJC article that managing the issue is difficult, but believes most schools maintain the expected high level of integrity. “It can get kind of complicated, but 99 percent of our folks do a great job of dealing with it.” GHSA Bylaws: A transfer student who has established eligibility at a former school in grades 9-12 shall be immediately eligible at the new school if:  (a) The student moved simultaneously with the entire parental unit or persons he/she resided with at the former school, and the student and parent(s) or persons residing with the student live in the service area of the new school. This is known as a “bona fide move.” (NOTE: A move within the same service area does not constitute a bona fide move.) (1) The student may choose the public or private school serving that area.  (2) It must be apparent that the parent(s) or the persons residing with the student and the student have relinquished the residence in the former service area and have occupied a residence in the new service area.  (3) The following factors, although not conclusive, may be evidence of relinquishment of the former residence: Selling the residence and vacating it; OR vacating the residence and listing it for sale at a fair market value; OR vacating the residence and leasing it to another (other than a relative) at fair market value; OR abandoning the residence and shutting off the unnecessary utilities. NOTE: When a family claims multiple residences, the residence for which they apply for a homestead exemption will be declared the primary residence provided the family spends the majority of their time at this residence. (4) The bona fide move is validated when the student’s family maintains the new residence for at least one calendar year. A return to the previous service area within that year renders the student to be a migrant student. All hardship appeal processes are available.’

1.71: Recruiting and Undue Influence is defined as the use of influence by any person connected directly or indirectly with a GHSA school to induce a student of any age to transfer from one school to another, or to enter the ninth grade at a member school for athletic or literary competition purposes, whether or not the school presently attended by the student is a member of the GHSA.

(a) The use of undue influence to secure OR retain a student for competitive purposes is prohibited and shall lead to penalties being assessed against either school. NOTE: This violation may cause the student to forfeit eligibility for one year from the date of enrollment.  (b) Evidence of undue influence includes, but is not limited to:  (1) personal contact initiated by coaches, boosters, or other school personnel in an attempt to persuade transfer (2) gifts of money, jobs, supplies, clothing, or housing incentives (3) free transportation (4) free admission to contests (5) an invitation to attend practices and/or games (6) a social event (other than an official school-wide Open House program) specifically geared for prospective athletes (7) free tuition beyond the allowable standards found in by-law 1.82 (8) a coach asking a prospective student for contact information (c) Complaints or reports of violations of this rule will be investigated and handled on a case-by-case basis. If coaches are found to be in violation of the recruiting rule, a copy of the investigation will be forwarded to the Professional Standards Commission of the Department of Education.  (d) A school will be afforded an opportunity to demonstrate it could not reasonably be expected to be responsible for the actions of a booster who is found to have violated the recruiting/undue influence rules.

1.72 A student athlete transferring from one school to another shall be ruled ineligible for one year if it is proven that:  (a) The coach of the receiving school coached an out-of-school team or all-star team on which the athlete played prior to the transfer; OR (b) The coach at the receiving school acted as a private athletic instructor for the transferring athlete, regardless of whether the coach was paid for his services and/or expertise; OR (c) The student participated in a sports camp or clinic run by a member school and/or its coach(es). (d) The player who played for a coach at one school (GHSA member or non-member) and subsequently followed that coach when he/she moved to a GHSA school or changed schools within the GHSA membership. (This is not applicable to dependent children of the coach.) (e) The situations cited in this by-law are considered to be violations even if a bona fide move has occurred, and the hardship appeal procedures are available for the demonstration that undue influence has not occurred.

1.73: A booster shall be considered to be an extension of the school and must abide by all rules applied to coaches and other school personnel. The following persons or groups may be considered boosters: members of the school’s Booster Club; students; alumni; parents; guardians; or relatives of a student or former student; financial donors; donors of time and effort; personal trainers or coaches renting facilities.”

Coming soon: Local coaches discuss how they are currently coping with separation from their athletes.

Wildcats eliminated in opening round