CONNOR JUSTUS — Mobile BayBears; L.A. Angels Double-A affiliate; Southern League (3rd-yr. pro; MIF; Georgia Tech; Cartersville HS)… through the first nine games of the 2018 regular season, Justus has a .267 batting average (8-for-30) and has appeared in every game with six starts at shortstop and two at second base. Justus has three doubles and one RBI. He has scored four runs and walked four times for an on-base percentage of .371. Known for his defensive strengths (.953 career FPCT), Justus has committed five errors in the young season. Mobile (4-5 through Sunday’s games) is tied for second in the Southern League’s South Division, 3.5 games behind the division-leading Biloxi Shuckers. Mobile starts a 10-day home stand Monday with five games against Biloxi and five against the Mississippi Braves.

BRANDON ALLEN — Georgia Highlands CC (Fr., OF, Woodland HS)… started in right field last Wednesday and went 2-for-3 with two RBI and two runs scored in a 9-2 win at Emmanuel College. He also stole a base. In a Thursday home 16-6 win over Shorter University JV, Allen added one hit and scored one run. He has now appeared in 17 games with 27 at bats. He has 10 hits including a double and one home run with five walks and 11 RBI for a .370 batting average. Georgia Highlands plays a four-game conference series this week with Andrew College. The Chargers are at home Tuesday and play three games in Cuthbert Friday and Saturday.

ELLIOTT ANDERSON — Auburn University (Soph., LHP, Cartersville HS)… worked the eighth inning Saturday in a 7-2 home loss to Mississippi State. He walked one and struck out one in a shutout inning. Anderson also entered in the fourth inning last Tuesday during a 12-3 loss at Samford. He faced six batters and allowed one unearned run with one walk and one strikeout. 21st-ranked Auburn (25-12, 6-9 SEC) hosts UAB Tuesday night and travels to Alabama for a three-game conference series Friday through Sunday.

BAILEY CAMPBELL — Young Harris College (Fr., 1B, Cass HS)… had one hit and walked once in a pair of home pinch hitting appearances Saturday against USC Aiken. The Mountain Lions won one of three Peach Belt Conference games with the Pacers over the weekend and lost to Southern Wesleyan last Tuesday. YHC (22-20, 14-13) travels to Anderson (SC) University Wednesday night and hosts PBC-rival and 8th-ranked Columbus State for a three-game series Friday through Sunday.

BRANDON ETHERIDGE — Limestone College (Sr., OF, Cass HS)… went 2-for-12 this past week and was hit by a pitch with two walks and a stolen base. The Saints won a non-conference game at Carson-Newman last Tuesday, but was swept in three Conference Carolinas games at conference leader and 3rd-ranked North Greenville. Etheridge has started 41 games this season and has a .242 batting average with one homer and 21 RBI. Limestone (18-23, 9-12) plays a doubleheader at Anderson (SC) University Monday, hosts Lenoir-Rhyne Tuesday, and welcomes conference rival Mount Olive for a three-game set Friday and Saturday.

SEAN McDERMOTT — Mercer University (Jr., 1B, Adairsville HS)… went 0-for-4 in a pair of starts in Southern Conference games at Samford Friday and Saturday. Mercer (26-12, 6-6) lost four straight this past week at home to Georgia Tech last Tuesday and three at Samford. The Bears hit the road for Georgia State Wednesday and at Western Carolina for three SoCon games Friday through Sunday.

HUNTER REAID — Shorter University (Fr., C, Woodland HS)… drove in two runs and went 4-for-6 in a start last Wednesday as the Hawks won 13-6 at 10th-ranked Georgia College. Reaid also went 1-for-6 with one RBI in a pair of home Gulf South Conference games with University Montevallo. He now has a .341 batting average (14-for-41) with a double and four RBI. Shorter (20-21, 9-15) hits the road this week for games at Emmanuel College Tuesday and a three-game GSC series at Valdosta State Friday through Sunday.

TRISTIN SMITH — Young Harris College (Jr., Inf., Adairsville HS)… hit safely in all four of the Mountain Lions’ games this past week. He was 4-for-14 with a double, two walks, a sacrifice hit, one RBI, and was hit by a pitch. Young Harris won one of three conference games with USC Aiken and had a loss at Southern Wesleyan. YHC (22-20, 14-13) hosts Southern Wesleyan Tuesday, travels to Anderson (SC) University Wednesday, and entertains 8th-ranked Columbus State Friday through Sunday in a Peach Belt Conference series.

TYLER WASHINGTON — Young Harris College (Sr., OF, Adairsville HS)… improved his season batting average to .293 this past week as he went 6-for-15 in four games. He had two doubles, walked twice, was hit by a pitch, and added a sacrifice. YHC (22-20, 14-13) travels to Anderson (SC) University Wednesday night and hosts PBC-rival and 8th-ranked Columbus State for a three-game series Friday through Sunday.

CASSIDY HOWREN — Reinhardt University (Jr., C, Adairsville HS)… opened up the week by going 1-for-3 in two starts at catcher Tuesday, both losses for Reinhardt, against NAIA top-ranked Georgia Gwinnett in non-conference action. She then went 1-for-7 with a run scored and an RBI Saturday in a conference doubleheader sweep of Columbia College. Reinhardt has one more conference doubleheader at Milligan College Wednesday before the Appalachian Athletic Conference tournament. Howren is hitting .226 on the year in 124 at bats and has started all 46 of Reinhardt's games.

SYDNEY HODORFF — LaGrange College (Jr., C, Woodland HS)… went 0-for-4 with a walk in two starts at third base in a Tuesday doubleheader at Berry, both losses for LaGrange. Hodorff is now hitting .274 with a .369 on-base percentage and .337 slugging percentage on the season in 95 at bats. She has played in all 34 of her team's games.

KAILAH RAIN — Embry-Riddle University (Sr., OF, Cartersville HS)… After Rain won Sunshine State Conference Player of the Week for her work against Rollins the week before, she came back to earth a bit last week in a three-game conference sweep of Lynn. Rain still hit a solid 3-for-12 with two runs scored and an RBI while starting each game in left field and hitting in the 3-hole. Rain is hitting .343 on the year with 29 RBIs and 41 runs scored in 111 at bats. She also boasts as .374 on-base percentage and a .441 slugging percentage.

ANNALYN YANTIS — Samford Univeristy (Jr., P, Cartersville HS)… Yantis started and earned the win in a 7-2 SoCon victory over Western Carolina Sunday. She allowed two runs on five hits in 5 1/3 innings. She then earned the last two outs in a 14-6 win over Western Carolina in Game 2 of the doubleheader that same day, allowing one earned run on one hit and a walk. With three SoCon series left on the schedule, Yantis has thrown 84 innings with a 4.83 ERA and a .283 batting average against.

BREE COLE — Jacksonville State University (So., Cartersville HS)… placed 11th in the 5,000-meter run with a time of 21:04 over the weekend at the 2018 Western Carolina's Catamount Classic. JSU placed fourth out of 10 teams at the event. The Gamecocks compete next at the Auburn War Eagle Invitational Friday and Saturday. 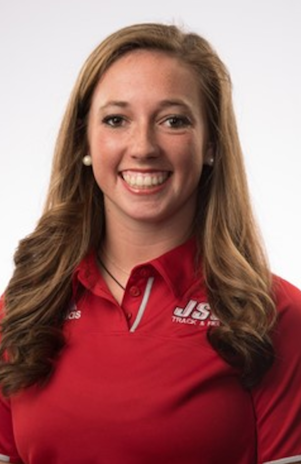 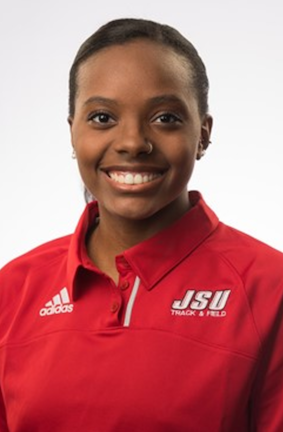 MAGGIE ASHMORE — Augusta University (Sr., Kingston, GA; Heritage Golf Acad., Hilton Head, SC)… Augusta finished third out of six teams at the Lady Boilermaker tournament this weekend in Indiana. Against major Division-I programs like Texas Tech and Purdue, Ashmore finished tied for 13th out of 35 golfers at 13-over 216, which was second for the Lady Jags.

HANNAH MAE DEEMS — Mercer University (Sr., Taylorsville, GA; Darlington HS)… fired an opening round 78 Sunday and a 76 Monday as the Bears are part of a second place tie heading into the final round of the Southern Conference Championship Tournament at Hilton Head, SC. Deems round Monday led her team. The Bears are knotted with Chattanooga for second place but trail tournament leading Furman by 22 shots.

--- Jason Greenberg, The Daily Tribune News, contributed to this report.

State softball playoffs: Schedule for opening round set for Woodland and Cass

Woodland closes out regular season with win over Calhoun